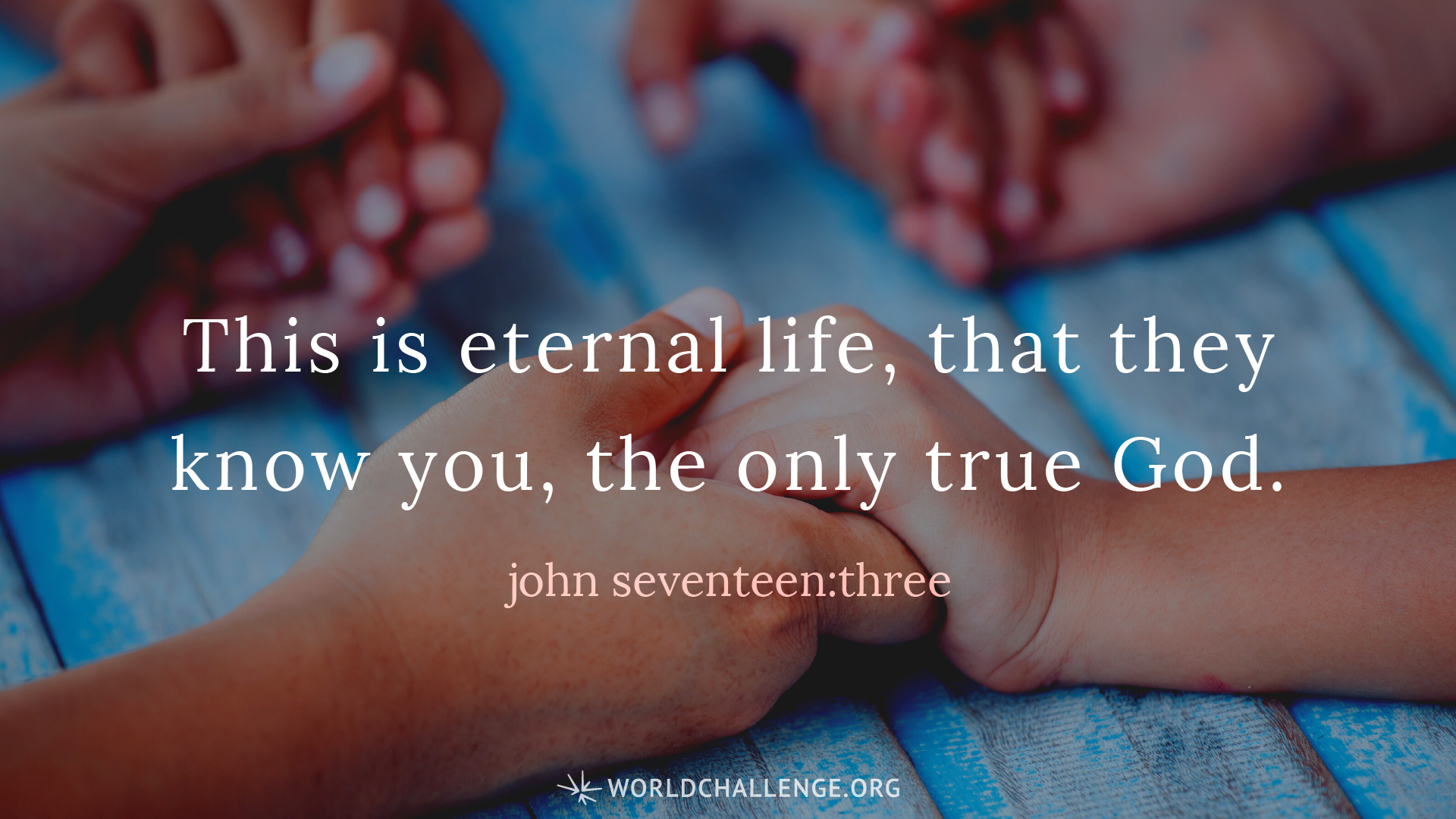 And this is eternal life, that they know you, the only true God, and Jesus Christ whom you have sent.

In three years of ministry, Jesus had healed the sick; restored eyesight to the blind; raised the dead; miraculously fed huge crowds; preached the good news to the poor; and taught the masses the truth about their heavenly Father. This amazing list of accomplishments came about because of the Son’s obedience to the Father’s will.

The night of the Last Supper, Jesus was winding down his final conversation with his disciples, and his words reflected his knowledge that he was soon to leave them. In John 17 we read where he concluded the gathering with an encouraging prayer about things to come: a triumphant, overcoming Church; a people whose love for each other would be a testimony to the world; divine power and authority flowing through his followers; and the glory of the Father resting on his people. The word give comes up more than any other in the text: “Father, You have given Me . . . You have given them . . . I have given them.”

We notice in this amazing prayer that it is in the nature of the Father to give good gifts to his children. And when he sent his Son, he listed all that he would give him: “I’ll give you power and authority in my name; the peoples of the earth; words to speak and works to accomplish. And I will give you my glory!”

In turn, we see that Jesus has the same giving nature as his Father. In fact, in his prayer he recounts all the things he had already given to his disciples — and the things he would continue to give!

In a sense, that evening Jesus gave the disciples his last will and testament. He was saying, “I established my kingdom by giving and here is how I want my kingdom to continue through you.”

The last thing Jesus gave his followers before he left was a particular calling — the calling to give. And this calling continues in us.