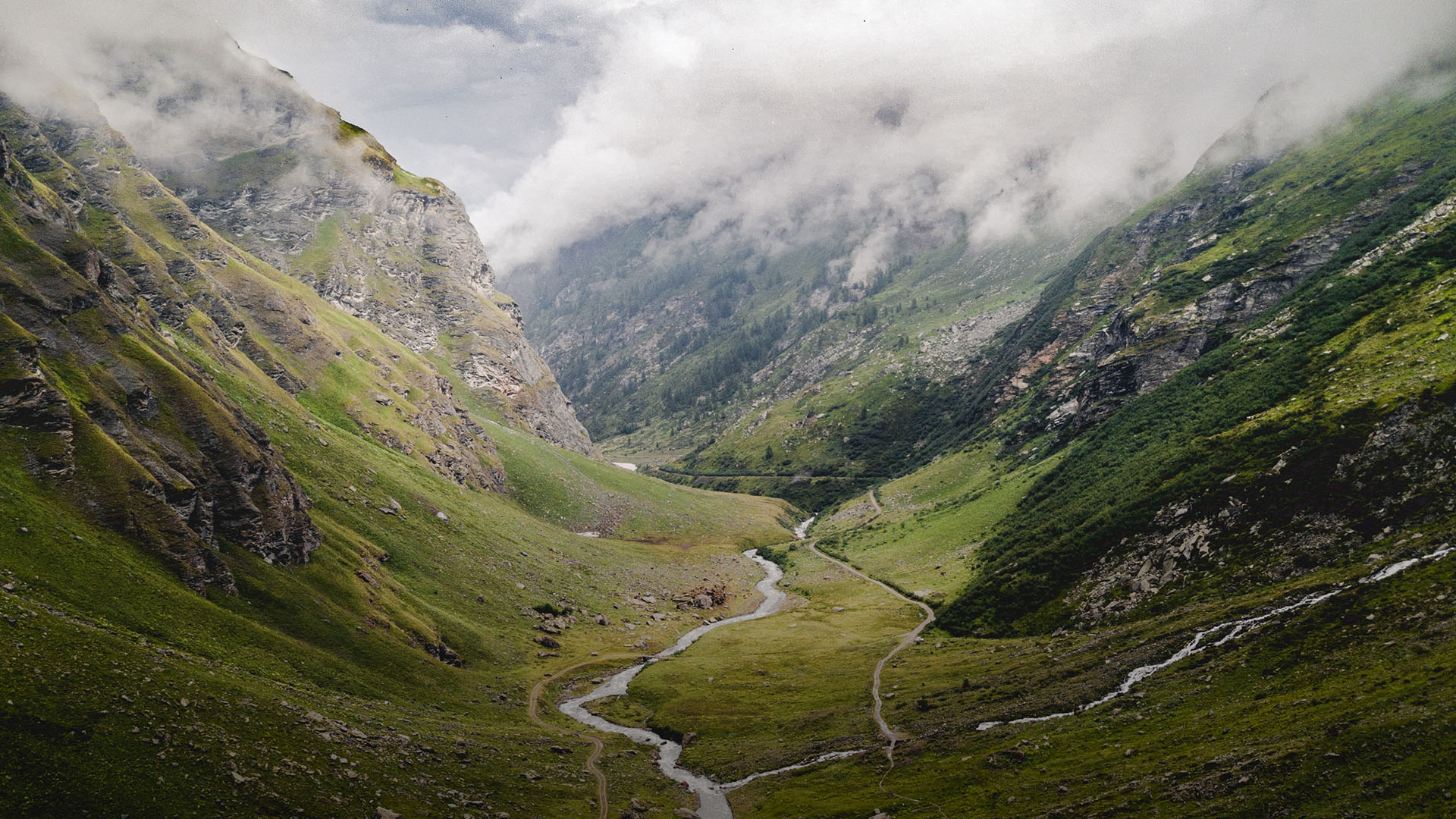 Go Down to the Valley

We often talk about and praise mountaintop experiences, but what if we prized walking through the valleys just as much?

In 1 Kings, Israel had just won a monumental victory against their enemies. God had promised them that he would hand these attacking nations over to them, but that might’ve been easy to forget in the wake of the battle. This wasn’t the end of their troubles, though.

“Afterward, the prophet came to the king of Israel and said, ‘Strengthen your position and see what must be done, because next spring the king of Aram will attack you again.’

“Meanwhile, the officials of the king of Aram advised him, ‘Their gods are gods of the hills. That is why they were too strong for us. But if we fight them on the plains, surely we will be stronger than they. Do this: Remove all the kings from their commands and replace them with other officers. You must also raise an army like the one you lost—horse for horse and chariot for chariot—so we can fight Israel on the plains. Then surely we will be stronger than they.’ He agreed with them and acted accordingly.

“The next spring Ben-Hadad mustered the Arameans and went up to Aphek to fight against Israel. When the Israelites were also mustered and given provisions, they marched out to meet them. The Israelites camped opposite them like two small flocks of goats, while the Arameans covered the countryside.

“The man of God came up and told the king of Israel, ‘This is what the Lord says: “Because the Arameans think the Lord is a god of the hills and not a god of the valleys, I will deliver this vast army into your hands, and you will know that I am the Lord”’” (1 Kings 20:22-28, NIV).

Modern readers may chuckle at the provincial belief in mountain gods, but how many of us have felt or even said out loud that God doesn’t seem to be with us in our valleys?

In the Shadow of Anguish

Christian language utilizes terms like “mountain-top experiences” to describe spectacular meetings with God, hearing clearly from God or seeing him move in an undeniable way. These moments seem either to exclude suffering and protracted periods of struggle or to represent the escape from such seasons in life. This expectation seems to run contrary, however, to much of what we see in the Bible such as the life of Nehemiah or Job or Paul who seemed closest with God during some of the darkest stretches of their lives.

Why did God call Paul into a ministry where he was continuously being chased out of cities or have people attempt to stone him?

Why did Job, a very godly man, only hear God speak after he’d lost his children, his businesses and his health?

Why was Nehemiah commanded to take a position of leadership in Israel only to have the Israelites breaking his orders behind his back and outsiders threatening his life?

Why did God so deliberately lead these men into dark valleys?

“All true passion is born out of anguish,” David Wilkerson stated. “All true passion for Christ comes out of a baptism of anguish. You search the scriptures, and you’ll find that when God determined to recover a ruined situation, he would seek out a praying man, and he would take him down into the waters of anguish….

“I wasn’t looking to build a ministry. I wasn’t looking to start a church. I was feeling God’s pain for a lost city! The same agony I felt years before when he started Teen Challenge. I’ve never had anything that’s been of any worth to God in my 50 years that wasn’t born in agony. Never!”

Nearly in tears, he began pacing in front of the pulpit. “A true prayer life begins at the place of anguish, a place where lifetime decisions are made. If you set your heart to pray, God’s going to come and start sharing his heart with you.”

The mountaintops may be where grand visions were had, but the valleys are where God walks alongside his people. The shadow of suffering and anguish is where he often produces the most enduring passion in our lives.

The Opportunity of a Trial

Ernest L. Easley noted significantly in his book Through the Valleys, “Recognize that every crisis is an opportunity to take a personal inventory to determine how closely connected you are to God. Ask Him to show you any sins in your life that are blocking intimacy with Him. Repent, accept His forgiveness, and embrace the grace He offers to be reconciled with Him. “

Recognizing that God may be using a season of hardship to deal with strongholds of sin in our lives is tough.

In this very same vein, Dr. Richard Patterson, distinguished professor emeritus at Liberty Baptist Theological Seminary and writer for numerous scholarly journals and Bible commentaries, mused over the mountains and valleys described in the Old Testament.

He noted that while the Israelites were known as a people of the mountains, many of their most important historical events happened in valleys.

Valleys were places of fertility and hope; they were the staging grounds for battles; they represented seasons of sharp discipline. “A prime example is the Valley of Achor (Josh. 7:24-26),” Patterson wrote. “After a stunning victory against the well-fortified city of Jericho, Joshua was disturbed to learn that the troops he had dispatched to conquer little Ai had suffered a staggering defeat (Josh. 7:4-5). With soul searching concern he prayed to the Lord and learned that Israel had been contaminated by sin.

“The Valley of Achor, therefore, was a scene of judgment. Nevertheless, in a future day that place of Israel’s sin will experience a transformation. In a time of a purified, revitalized, and restored Israel God will bring renewal to the land.

“Using the imagery of marriage Hosea prophesies that God will ‘lead her back to the wilderness. From there I will give back her vineyards to her, and turn the “Valley of Trouble” into an “Opportunity for Hope.”… At that time, declares the LORD, you will call, “My Husband”; you will never again call me, “My master”’ (Hos. 2:14b-15, 16).

Places such as Achor, which were scenes of Israel’s sin and punishment, will flourish once again due to God’s blessing. For in God’s mercy and grace a repentant and God-fearing Israel will be restored to her land.”

This restoration can only truly happen, though, if we’re willing to follow God’s leading into the painful purification process.

Lord of the Brokenhearted

Perhaps no discussion of valleys would be complete without touching upon Psalm 23, which has comforted suffering believers for centuries.

Author and speaker Christi Gee wrote, “Have you ever noticed how the pronouns change from the first three verses to the last three in Psalm 23? The psalm opens with, ‘He leads, He guides, He restores,’ but David adjusts his language to ‘… for YOU are with me; YOUR rod and staff comfort me.’ It’s no coincidence this shift happens in the valley….

“David knew the value of crying out to God. Over and over throughout the psalms, he recorded this phrase, ‘Hear my cry, O God.’ The same shepherd-psalmist who didn’t hesitate to talk to the shepherd-Savior is the one who testified, ‘The Lord is near to the brokenhearted and saves the crushed in spirit.’ (Ps. 34:18)”

When we confront our own sinful inclinations to save ourselves and our anger that God dared to make different plans than us, we find ourselves at the bottom of valley, the darkest place, crushed in spirit, maybe mourning loss or unable to think of the future beyond today.

In the valley is where we are reminded of the promise that answers our soul’s cry for our Creator and Father, “Surely your goodness and love will follow me all the days of my life, and I will dwell in the house of the Lord forever” (Psalm 23:6, NIV).