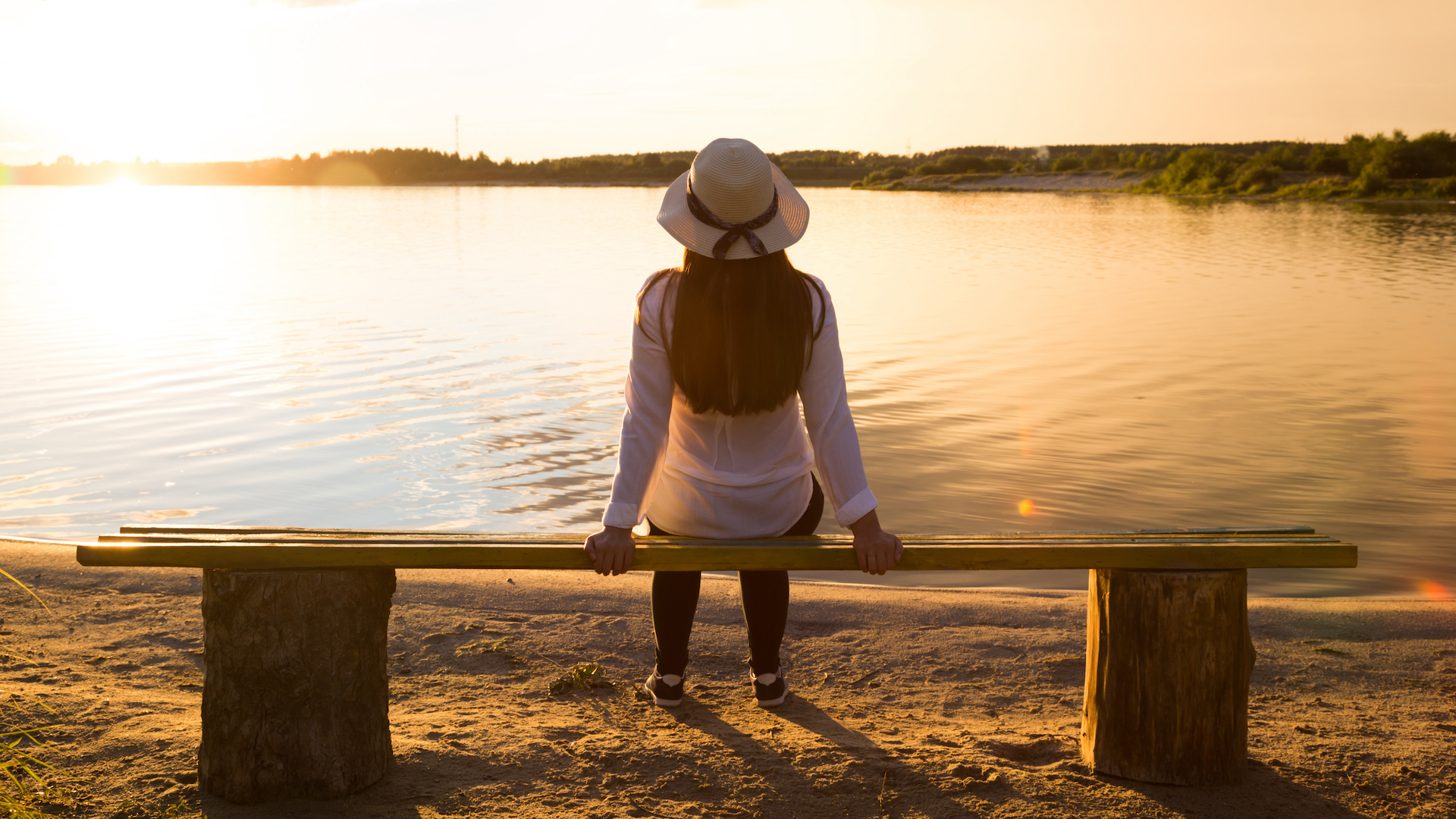 The Seasons of Rest and Work

In a world rife with burnout and exhaustion, when and how do we rest according to the scriptures?

The Harvard Business Review wrote about a relatively recent phenomenon in the United States, “In 2021, according to the U.S. Bureau of Labor Statistics, over 47 million Americans voluntarily quit their jobs — an unprecedented mass exit from the workforce, spurred on by Covid-19, that is now widely being called the Great Resignation.” While the rumored Great Resignation isn’t as unusual as it’s sometimes made out to be, the increasing reports of burnout and general exhaustion in our society is every bit as alarming as it sounds.

Why is everyone so tired? Why do people feel like they can’t rest? We’re all told that we should sleep more, eat more home-cooked meals, take more time off, go on more vacations. Any attempt to accomplish that, though, usually ends with a chorus of complaints that we’re never available, don’t answer our calls, texts or emails fast enough, and are missing too many important work meetings.

If we look at the Bible, it almost seems as contradictory about rest as popular culture. In the gospels, Jesus and his disciples get into a boat; they’re hit by a massive storm, and the boat starts going down while Jesus is catching 40 winks in the back. The disciples wake Jesus up because they’re only mildly panicking about drowning or something, and he rebukes them (see Matthew 8:23-27). Later, they’re all in a garden late at night; the disciples have had a long day, and all they want is some sleep. Jesus tells them not to rest, to pray instead, and then proceeds to get upset when he finds them passed out because they’re exhausted (see Matthew 26:36-45).

When is it okay to rest, and when are we supposed to just power through?

Knowing When It’s Time to Stop

Most believers and even quite a few unbelievers are familiar with Jesus’ most famous words about rest. “Come to me, all who labor and are heavy laden, and I will give you rest. Take my yoke upon you, and learn from me, for I am gentle and lowly in heart, and you will find rest for your souls. For my yoke is easy, and my burden is light” (Matthew 11:28-30, ESV).

What’s less talked about is the preceding verses. John the Baptist, Jesus’ cousin, is in prison and probably has a pretty good idea that he’s going to die there. He sends his disciples to ask Jesus, “Are you the one who is to come, or shall we look for another?” (Matthew 11:3). That’s a question filled with pain and despair. Are you actually the Savior? God, are you there?

Jesus stops and addresses John’s fear both bluntly but also with compassion. He turns to the crowd next. “From the days of John the Baptist until now the kingdom of heaven has suffered violence, and the violent take it by force” (Matthew 11:12). Christ doesn’t ignore or deny that the fallen world is not a safe place in general but also that God’s people have been and always will be the target of violence. Rather, he assures his followers, “All things have been handed over to me by my Father” (Matthew 11:27). He has control over the events in our lives and will bring us through until we arrive at our true home.

This is the precursor to Christ’s famous declaration about rest. Those who are burdened by troubles in the world may trust that all things are in his hands. Only those who have the peace of knowing God sees every detail and ultimately orders our steps can sleep through a storm. In a sermon, David Wilkerson said, “We know that the winds of adversaries will come and try to topple our house that's built upon the rock. Jesus said the storms will come and blow on our house, but we are called to serve him in righteousness without fear and full of peace. I say every waking hour every day of our Christian life should be one of absolute peace.”

Too often, though, like the disciples in their sinking boat, we struggle with elements of our lives where we have no real say and worry over others’ decisions or events beyond our purview. Christ invites us to admit that those things are in his hands. His rest comes from recognizing the matters that are God’s to decide and trusting him.

In multiple places, Paul compares life to a race and Christians to athletes. He tells his young protégé, “I have fought the good fight, I have finished the race, I have kept the faith” (2 Timothy 4:7). Part of being a good athlete is being able to recognize when rest and healing are necessary and when it’s time to push hard against the outer limits of endurance in order to train for the next competition. When Christ told his disciples to stay watchful and pray that night in Gethsemane, he was issuing a clarion call for them to push through. Sometimes, we may feel exhausted and yet we must press on in the same way that a marathon runner struggles around mile 20 and yet must carry on with whatever remains of their energy and strength.

The difference is a mature believer knows that we don’t run perpetually at that persistence pace. Training is ongoing, but it doesn’t always happen at the same intensity. These ebbs and flows represent a Christian’s life too. “Let us not grow weary of doing good—” There’s the push through feast and famine seasons, next comes the recognition that those ‘pushes’ don’t look the same, “—for in due season we will reap, if we do not give up. So then, as we have opportunity, let us do good to everyone, and especially to those who are of the household of faith” (Galatians. 6:9-10).

If that sounds exhausting to anyone, remember that Paul explained the secret to our ability to labor and endure. “But by the grace of God I am what I am, and his grace toward me was not in vain. On the contrary, I worked harder than any of them, though it was not I, but the grace of God that is with me” (1 Corinthians 15:10). First, we’re not doing any of this work to win our salvation or even earn more love from God than he’s already given. Second, we are called to work hard, and sometimes we may struggle with that, but God’s grace can help us through those times.

How the Two Work Together

Both of these approaches to rest seem interwoven in one scriptural command: “So then, there remains a Sabbath rest for the people of God, for whoever has entered God's rest has also rested from his works as God did from his. Let us therefore strive to enter that rest, so that no one may fall by the same sort of disobedience” (Hebrews 4:9-11).

I think we underestimate how much of life we can’t control. At least, I know I do. What if at least half, if not more, of my work throughout the day was recognizing the things beyond my grasp and resting in that moment? Instead, I could be going for a walk and thanking God for the physical ability to do so that he’s given me at this moment. I could be enjoying the smell of rain in the air and rejoicing in what God has created. I could be talking with a close friend and reveling in the relationship that Christ has used to knit our lives together.

So often Jesus left his disciples and wandered in the wilds. Did he nap beneath a tree? Did he sing out loud? Did he offer up the individual needs of each disciple? Did he praise his Father for the arid beauty of the land around him? We don’t know for sure, but all of those things sound restful to me. Does that count as a kind of ‘work’? It strikes me as the sort of work like I do when I run or when I plant the garden in the spring or discover a really good book. This work brings me so much joy.

Not all work is exhausting. Other times, it is. I struggle and sweat and make resentful noises like a mule plodding up an Arizona hill in midsummer. The season switches, and I find my labor there is engrossing, joyful, even…restful.

In all seasons, I strive to enter into God’s rest.