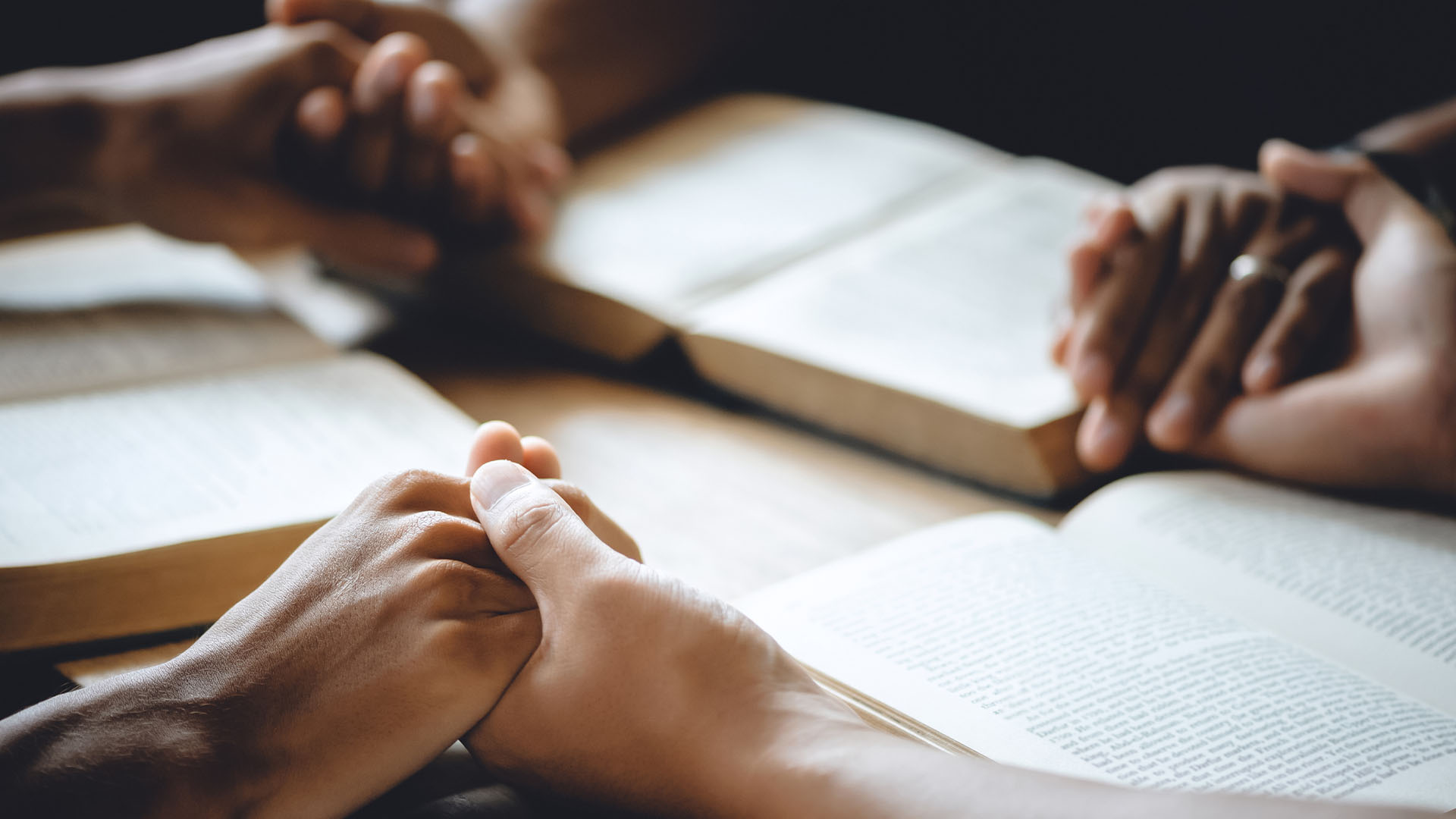 A Letter from the Shadow of the Gallows

What would revival look like if it were actually going to change the face of our nation and, more importantly, the church in America?

If you haven’t heard of John Sung, that’s probably not surprising, although it is a shame. His testimony is one that I think we should pay attention to in this day and age. His father was a pastor of a small church in Putian, China. In 1926, he attended  Union Theological Seminary in New York City in order to take his place in the family legacy of working in the church.

Union Theological Seminary took a much more ‘progressive’ outlook on Christianity, and while there, John Sung put aside much of his Christian upbringing. He regularly prayed using Buddhist sutras and studied Chinese mysticism. He later wrote, “My soul wandered in a wilderness.” Disillusioned, he was even contemplating converting to Taoism until he attended an evangelistic meeting where a young woman gave an impassioned case for the gospel of Christ. “Even I, a proud man, was moved…” Sung confessed.

About two months later, Sung was in prayer when he abruptly felt the overwhelming presence of the Holy Spirit. He turned in his Bible to Luke 23 and was overcome by the account of Christ’s crucifixion and its implications for all believers.

John Sung was a changed man after this. He preached the gospel so fervently to his peers and professors that they thought he had gone out of his mind. In fact, seminary authorities forcefully committed him to an insane asylum for over six months. Sung took this as an opportunity to read the Bible cover-to-cover 40 times. After he was finally released, he returned to China without graduating from the seminary. With a band of other pastors, he traveled around China, holding nearly 3,400 revival meetings and seeing what is estimated to be nearly 100,000 of his fellow countrymen come to Christ.

I heard a preacher once say, “The Bible tells us everything we need to know about everything; it tells us how to live and who Christ is and how to be saved. But the prayer closet is the place we find the power to do it.”

I know this isn't a perfect saying, but I've always held it close to my heart. As a Christian, especially as a young Christian and even as a young minister, many of my prayers were centered around "God change them and change that situation.” More than anything, though, what changed in the prayer closet wasn't the things around me. It was me.

Many of you may know the context of the second book of Timothy in the Bible. It’s a message from the pastor and apostle Paul to a young pastor named Timothy who was Paul's son in the faith. You see this affection ringing out as he wrote to Timothy. In both of his letters to this young man, there are pastoral qualifications and those sorts of commandments that Paul is giving Timothy as he's telling this young pastor what to do to correct the problems going on in the Ephesus church. That’s the main drive, but intertwined in that, we see this personal encouragement being given from one pastor to another. Throughout both letters is a sense of being empowered and pushed forward into a deeper knowledge of God and a richer ministry.

Another background note to Paul’s second letter to Timothy is that this was almost certainly the last time he was able to communicate with this young man. History tells us that this was probably the last letter that Paul ever wrote before he was beheaded by the Romans. Just months, weeks or maybe even mere days later, Paul's life on this earth would end. We know that Paul was aware of this because near the end of his letter he wrote, “For I am already being poured out as a drink offering, and the time of my departure has come. I have fought the good fight, I have finished the race, I have kept the faith. Henceforth there is laid up for me the crown of righteousness, which the Lord, the righteous judge, will award to me on that day, and not only to me but also to all who have loved his appearing” (2 Timothy 4:6-8, ESV).

This message is very powerful and important if you were a pastor who had raised up a son in the faith. I have some men that I would consider sons in the faith, men who are pastors and ministers now. If my life were about to be taken from me and you were someone dear that I'd done ministry with for years, what would I write to you? Not only does this letter have that potent emotional driving force behind it, but it’s the inspired Word of the Holy Spirit of God.

This is the landscape of Paul’s letter to Timothy as this young man stepped up to lead a church that was steeped in immorality, sinful living and false doctrine.

The orders we see Paul giving Timothy in both letters are not easy ones. He was telling this young man things like “When you kick out the false pastors and the false teachers, here's what the good leaders should look like. Here’s the centrality of the gospel message they should preach.” There’s a lot of practical housekeeping, so to speak. However, when it came to the final part of his letter, he wrote, "I charge you in the presence of God and of Christ Jesus, who is to judge the living and the dead, and by his appearing and his kingdom: preach the word; be ready in season and out of season; reprove, rebuke, and exhort, with complete patience and teaching” (2 Timothy 4:1-2).

Timothy was in the midst of a hard struggle with the Church of Ephesus. He was dealing with false teaching, false teachers, and a culture that was at war with godly living. In America, we find ourselves in a similar situation. We may even feel like we’re in the end times, which frankly, I believe we are. We’re feeling a pressure from secular society like we've never felt before. We're not debating the same things we debated just a few decades ago.

I came to Christ as a drug addict and alcoholic whom God radically saved through Teen Challenge; he used that ministry to change my life. Even as a young person growing up in a life of debauchery and sin, though, I don’t remember us debating what was right or wrong. We knew what we were doing was wrong. That was just 20 or 30 years ago. Now we're debating what the fundamental truth is, whether there can even be such a thing as truth. True North is being taken away. On top of that, and I hate to say this, parts of the church have adopted this sort of pseudo-intellectual, psychological approach to God. It often contains this idea of ‘You can do more, try harder.’

Christianity is not a self improvement program. The church is not the place where you come in and get the rough edges ground off you so you can be a better person. Ours is a religion for people who are dead in sin and trespass being raised to life because of what Christ did on the cross. It's supernatural. If we don't first and foremost think of the gospel as supernatural, then one of two things will happen. Either we will form a ‘veneer’ dependence on God, or we'll develop a destructive self-dependence.

This is what all false doctrines peddle. They take our gaze off the glory and majesty of Christ’s atoning work on the cross, and they drop it down to lesser things. Sometimes it’s not that far of a drop. It’s not gazing down at openly dark, depraved things. Sometimes, it’s just shifting your gaze ever so slightly down to men and women chasing their dreams and being their ‘best self.’ It’s the seductive message of “I want you to achieve great things.”

The focus on our achievements and self-made righteousness, though, goes directly against the model prayer Jesus gave us: “Your Kingdom come. Your will be done.”

We need reformation and restoration in our churches. We need revival. Have you ever stopped to ask yourself, though, “A revival of what?” I've heard a lot of revival talk in the church for many, many years; but if you pay attention, people are actually talking about different things. Sometimes when people talk about revival, they want things to go back to how America was in the 1950s. For others, revival means that their kids would listen to them better and people out in the world would stop acting like sinners. Neither of those things are what I wish for when I talk about revival.

Revival is the bold and fearless proclamation of the full and true gospel of Jesus Christ and the New Covenant he has given to us. Revival is the clear, concise preaching of the full council of God's Word accompanied by the fervent prayer of God's people. That prayer can’t be a formula or demands; it’s the hope and plea for an outpouring of the Holy Spirit. It’s a cry for men and women to be convicted of their sins and be drawn into repentance and grace. It’s that God’s people will be drawn into the saving grace of God and experience true spiritual regeneration. Only then can we live in true holiness and obedience to God and teach others to do the same.

This is what revival really looks like. It’s not a spark, not a momentary thing. It’s not excitement and fleeting passion. It’s about seeing God for who he is and being overtaken by that. This is how God’s people become willing to pour out their lives for the gospel, even unto death. This is how God writes a love letter to his people, through his people, from the shadow of the gallows.