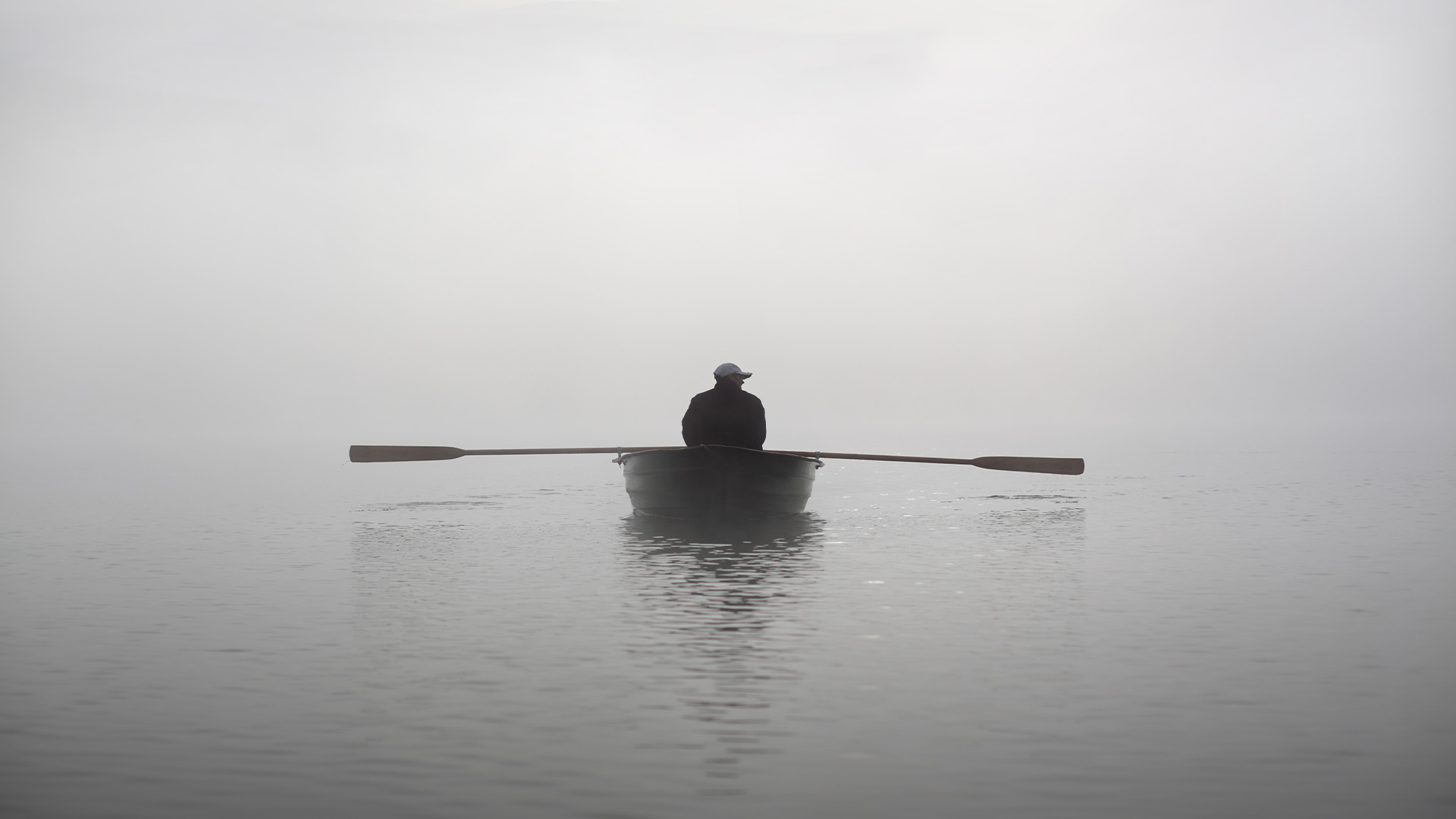 The recent film Northman is a surreal saga of one man’s revenge quest amid Norse myth and relentless brutality. The main character witnesses his father and then half of his hometown be murdered by his uncle and uncle’s followers. He barely escapes, only to witness his mother being carried off by the traitors. He swears to avenge his father and rescue his mother.

Years later, he’s a Viking raider, inflicting much of the same violence that so traumatized him as a child upon other towns and unsuspecting village folk. A whisper of a rumor about his uncle living in Iceland takes him that way, this time aboard a slave ship. He’s purchased as a farm slave by his uncle. From there, he proceeds to torment and murder his captors, exacting the grisly revenge he swore to as a child. Nothing, however, will bring back his broken childhood home or those he has lost in the relentless cycle of revenge.

The hopelessness of their existence is summed up in the main character’s cry near the end of the movie, “Hate is all I have ever known, but I wish that I could be free of it.”

The entire tale is reminiscent of the biblical Book of Judges. After recounting episode upon episode of horrific evil and violence, where everyone lived by the law of ‘an eye for an eye, and a tooth for a tooth,’ the writer of Judges wrote, "In those days there was no king in Israel. Everyone did what was right in his own eyes” (Judges 21:25, ESV).

“In the Heidelberg Catechism, a Protestant confessional document, there is a question about how human beings know their misery,” Jay Stringer observes in his book Unwanted. “It’s an odd question, until you understand that the German word for misery is elend, meaning to be out of one’s native land, with a deep sense of homesickness.”

Every single person in this world has felt this painful longing, this bone-deep sense that we belong somewhere else.

In the secular world, people are constantly invited to look inward and find peace somewhere within themselves. We’re urged to focus more on our own bodies and listen to our hearts. What’s worse is there is a grain of truth to these adages; they’re just dangerously incomplete. Our bodies and emotions are like someone speaking in a language we don’t share; we can guess at facial expressions and a stray word or two that sounds similar to one we know. What if we made decisions based off of that?

This is precisely the rational that led to the world of Northman. Emptiness must be filled by taking from others. Overwhelming grief is managed with fury and retaliation. The anguish of those who have lost can only be eased by revenge. Pleasure is enjoyed gluttonously or guiltily but never wholeheartedly. Everything can and will be justified. Everyone else but us is at fault, and yet the falseness of that belief haunts us.

Lostness lays in the back of our minds and hearts. Perhaps one of the greatest differences for Christians is that we know what we’re longing for, and we’re promised that one day we will find home.

That knowledge doesn’t erase the lonely desire. In a podcast episode, Gary Wilkerson pointed out that not confronting this longing and mourning in our souls is all too easy. “Unfortunately, a lot of fundamental Christian upbringing is ‘Don't mourn. Don’t grieve. Don’t face the inner demons. Just confess them away, or memorize a verse out of it.’ Pray harder, right? Yeah, find an accountability group, and those are all great things. If you're only doing it at a surface level and not really dealing with this, you're not going to get comforted.”

Staring blindly ahead rather than inward is an opposite reaction but not a solution.

If the shared grief of humanity over being adrift in the world is something we must grapple with, then how do we begin this life-long process?

In his book Proverbs: Wisdom That Works, Ray Ortlund wrote, “But we do not change for the better by turning inward. We change as we turn outward and upward to the Lord with an awakened sense of this sheer reality, his moral beauty, his eternal grandeur, infinitely above us but relevant to us.” This often begins with paying attention to those very aspects of ourselves that we have often been told in many Christian traditions to ignore.

On the Gary Wilkerson podcast, Dr. Mark Mayfield reflected, “Emotions are neither good nor bad. They just are indicators. You know, I think how many times have you heard the passage that…the heart is deceitful above all else. OK, well, we probably should give more context to that now. If all we did was pay attention to our emotions and made decisions based off of that, yeah, it's going to be deceitful. …but if we want to get to a place of Christ likeness and wholeness, we need to go ‘Okay, what is this emotion pointing to?’ It's like an indicator light on a car. It’s a neutral. It's just pointing to something.

“I think somehow as especially as the church we've gone, ‘Okay, these are bad emotions. These are good emotions.’ No, they're neither good nor bad. They just are. I think one of the things that we've missed out on so much that we see in the Psalms is this idea of lament of sitting with the struggle.”

Paying attention to and acknowledging the pain, joy, desires and fears we carry seems dangerous. Certainly, it can feel overwhelming. What’s the point? How does this not draw us into the exact same trap as the secular world with its meditations and self-focus?

Our emotions reveal a great deal about what we truly believe about who God is and who we are to him.

When tragedy strikes, is our first reaction to panic? Do we immediately try to take control of whatever we can? Do we become angry, afraid or resentful? Is it because we see God as a neglectful father, a helpless friend, an indifferent deity?

A. W. Tozer wrote in The Knowledge of the Holy, “That our idea of God corresponds as nearly as possible to the true being of God is of immense importance to us. Compared with our actual thoughts about Him, our creedal statements are of little consequence. Our real idea of God may lie buried under the rubbish of conventional religious notions.”

My first reaction when I lost someone I loved was anger. I screamed into the ground and punched the carpet like a child. It was the fury of feeling betrayed. Why would God bring someone into my life whom I would care about deeply only to then snatch them away? It brought back the memory from nearly two decades before when I admitted that I would always believe God was there, and that he had plans and purposes for humans. The problem was I didn’t believe that he cared about the people he moved around like pieces on a chessboard. My rage was an attempt to lash out at a callus and indifferent God.

I had to return to scripture like “Blessed be the God and Father of our Lord Jesus Christ, the Father of mercies and God of all comfort, who comforts us in all our affliction, so that we may be able to comfort those who are in any affliction, with the comfort with which we ourselves are comforted by God. For as we share abundantly in Christ's sufferings, so through Christ we share abundantly in comfort too” (2 Corinthians 1:3-5, ESV). Do I believe in a God of all comfort who bends down to hold my broken heart?

I had to pray, “God, why do I still think this about you? Why do I still not trust you to care about my fears and grief?” How would God comfort me while I thrash about in my bitter doubt? The only way I could answer this question was to hold up my fear of his indifference and ask him to forgive me but also prove me wrong, echoing the desperate cry of the father with his tormented son, “Lord, I believe; help my unbelief!”

I’m homesick. So is everyone around me. How do we believe that the home we’ve never seen with our own eyes exists? We can and we must because that home has promised us he’s both with us and waiting for us, and he’s good.