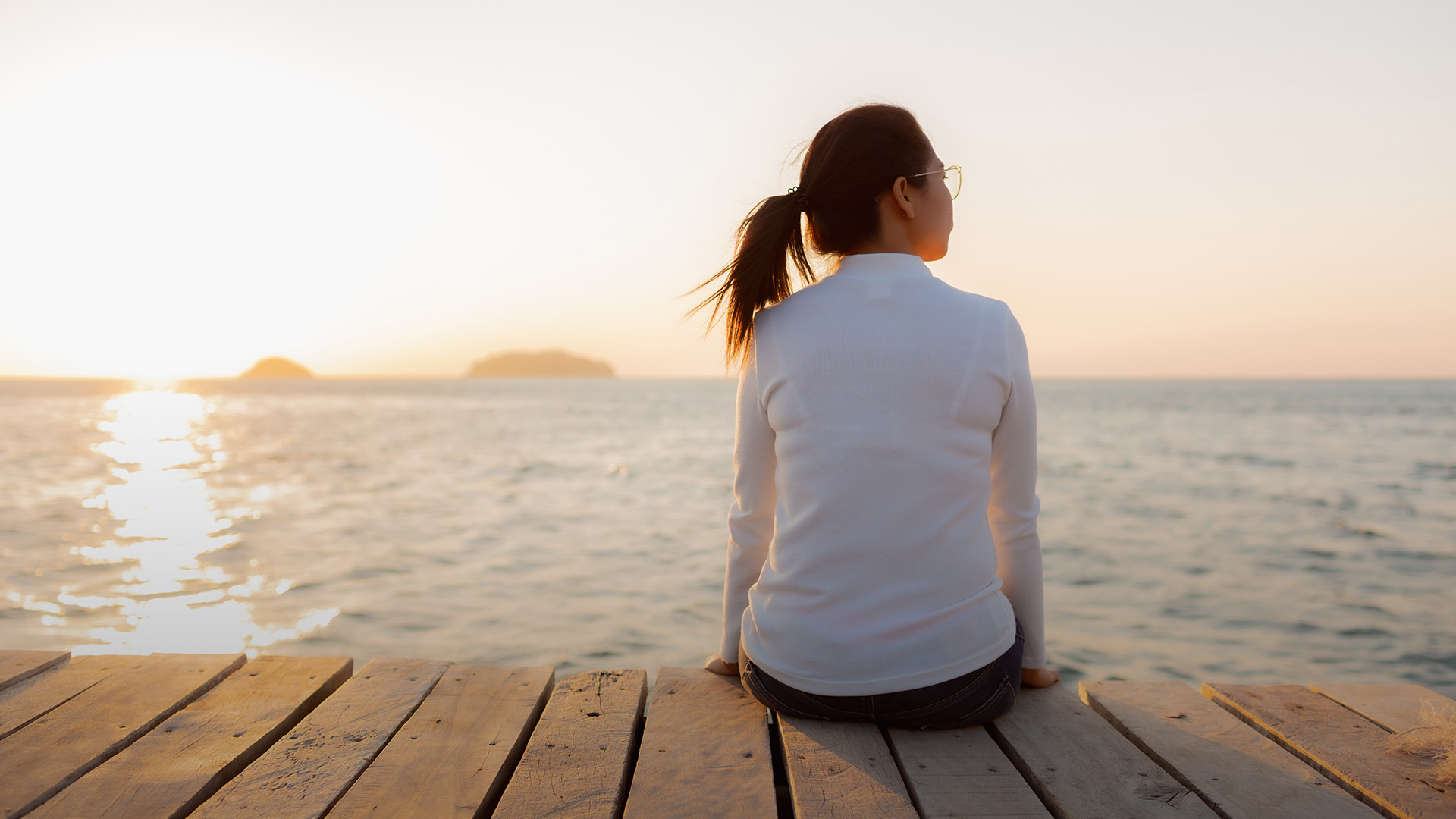 Called to Be Married or Single?

The term ‘gift of singleness’ gets tossed around sometimes at church, but is that a gift we should desire over marriage and how do we know if God’s given it to us?

Upon visiting the Summit International School of Ministry, Neil Rhodes brought up a subject that burned somewhere in the back of nearly every student’s mind: Is it better to be married or single?

Rhodes acknowledged, “This is the topic that crosses the mind of every single person. We have people who have been married for some time and wish that they were single again. We understand that. Difficulties arise that were not foreseen on the wedding day and then, with all these difficulties, ‘I wish I were single one more time.’ Then we have singles who, no doubt, think that they would like to be married.”

While preparing to launch into the discussion, Rhodes first noted, “I always liked the concept that God created Adam first just to give us the understanding that if you’re single, God loves you just as a single individual. He worked with Adam, then he created Eve and was in the midst of that relationship. So we can understand right from the outset…God is involved in both areas.”

We may, like Rhodes’ listeners, be struggling with whether singleness or marriage is the more biblical choice for our lives. Which is holier for someone who wants to be involved in ministry?

In Paul’s letter to the church in Corinth where he talks about singleness and marriage, he goes through a quite frankly bewildering rollercoaster of thought, concluding, “So then he who marries his betrothed does well, and he who refrains from marriage will do even better. A wife is bound to her husband as long as he lives. But if her husband dies, she is free to be married to whom she wishes, only in the Lord. Yet in my judgment she is happier if she remains as she is. And I think that I too have the Spirit of God” (1 Corinthians 7:38-40, ESV).

It sounds as if Paul is saying singleness is better than being married. There are plenty of points throughout Christian history where the church has avowed exactly that. Whole organizations were built for people who saw their path to becoming more holy through singleness and joined cloisters or abbeys. In many parts of the world today, sexual and material asceticism is still viewed as the highest and most noble state of being. Monasteries are still alive and well through much of Asia where people regularly take life-long vows of celibacy.

The modern Western church has swung to the opposite end of the argument on marriage. As a single adult, I feel like the moment walk into church, I’m being herded down the cattle chute towards marriage. “You’re not engaged? Are you seeing someone at least? No? Don’t worry, we have a singles group for people like you. You’ll get paired up in no time. Have you tried [enter whatever the most popular dating app at the time is]? How old are you? Wow, why haven’t you found anyone yet?”

Marriage seems to be the end-all, be-all for a lot of modern believers, and on one hand, I get it. Right from the beginning, scripture presents us with “Then the Lord God said, ‘It is not good that the man should be alone; I will make him a helper fit for him.’” (Genesis 2:18). Rampant sexual immorality has been an problem since the moment humanity fell into sin, and the Apostle Paul was frank about how marriage helps here. “Because of the temptation to sexual immorality, each man should have his own wife and each woman her own husband”. (1 Corinthians 7:2). A healthy relationship between two spouses who support each other and spiritually spur one another on is splendid thing.

So is marriage or singleness better? Neither or both? Are we even asking the right questions as we enter this debate?

After the death of his wife, C. S. Lewis reflected, “For those few years H. and I feasted on love, every mode of it — solemn and merry, romantic and realistic, sometimes as dramatic as a thunderstorm, sometimes as comfortable and unemphatic as putting on your soft slippers. No cranny of heart or body remained unsatisfied. If God were a substitute for love we ought to have lost all interest in Him. Who’d bother about substitutes when he has the thing itself? But that isn’t what happens. We both knew we wanted something besides one another. …You might as well say that when lovers have one another they will never want to read, or eat — or breathe.”

For those who are single, marriage will never cure a certain type of loneliness and longing that lurks in our hearts. For those who are married, singleness will never offer a certain kind of freedom and joy our souls crave. The states themselves can only bandage certain wounds, but the deepest one at our core are addressed by one person alone: God.

Are we to conclude that neither singleness nor marriage are superior to the other? I would personally disagree with that deduction, but who better to settle this debate than Martin Luther? The firebrand preacher and monk was very much in the image of the Apostle Paul, at least until he decided to get married, to a former nun no less.

In his reflections on this very topic, Luther pointed to a specific passage of scripture where the Pharisees questioned Christ about divorce and he laid out God’s expectations for marriage. The shocked disciples, overhearing Jesus, said, “If such is the case of a man with his wife, it is better not to marry.” One can’t help but wonder how Jesus eyeballed Peter, whom we’re clearly told in scripture was already married, before he responded, “Not everyone can receive this saying, but only those to whom it is given. For there are eunuchs who have been so from birth, and there are eunuchs who have been made eunuchs by men, and there are eunuchs who have made themselves eunuchs for the sake of the kingdom of heaven. Let the one who is able to receive this receive it” (see Matthew 19:3-12).

Martin Luther concluded in a sermon over these verses, “No vow of any youth or maiden is valid before God, except that of a person in one of the three categories which God alone has himself excepted. …They have no power by any authority, law, command, or vow to hinder this which God has created within them. If they do hinder it, however, you may be sure that they will not remain pure but inevitably besmirch themselves with secret sins or fornication.”

How we determine if we fall into one of these three categories that Jesus laid out? How do we know if we have the ‘gift of singleness’?

The Bible is pretty blunt in one arena: Sex outside of marriage is a sin. If you’re not married, God has ordered that you have ‘the gift of singleness’ until you do get married. As Paul notes, though, you should seek marriage purposefully so that you don’t fall into sexual sin (see 1 Corinthians 7:9). With that settled, let’s look at the first two categories Jesus noted.

If I may, I would submit (with a delicate cough) that castration of people, involuntary or otherwise, is less of an issue in modern days than it was in the Old Testament or even Jesus’ time. So who would qualify as these ‘eunuchs’ from either birth or made so by men?

Most likely, the first category would include those individuals who have been born with cognitive or physical impairments that leave them unable to participate in romance with a spouse or raising children. God places a high value on all of his image bearers, and so naturally Jesus takes special care of those who fall into this group by exempting them from the duties and burdens of marriage. The other category would include those individuals who have had their interest or ability to participate in marriage destroyed by the violence of others. This could include survivors of extreme physical or sexual abuse, or people who have undergone severe injures or have certain medical conditions; they may no longer have any interest or capacity to participate in the types of intimacy inherent to having a spouse. Again, God lovingly makes an exception from the command to “Be fruitful and multiply” (see Genesis 1:28).

The third category Jesus described is probably the rarest. Some people are like Jeremiah. “The word of the Lord came to me: ‘You shall not take a wife, nor shall you have sons or daughters in this place.’” (Jeremiah 16:2). Paul was another person who would fall into this group. These individuals, at least as we see them in scripture, seem to be specifically called to remain unmarried for particular work within the Kingdom of God. Their sexuality is, as Martin Luther described it, “bridled by the grace of God”, and they are able to remain celibate with relative ease.

For everyone else, there are the bounties and blessings of marriage. This isn’t to say that finding a good partner is easy, and it is in no way meant to diminish the rigors of married life. For those who don’t fall into Christ’s categories of singleness, though, you are probably called to marriage.