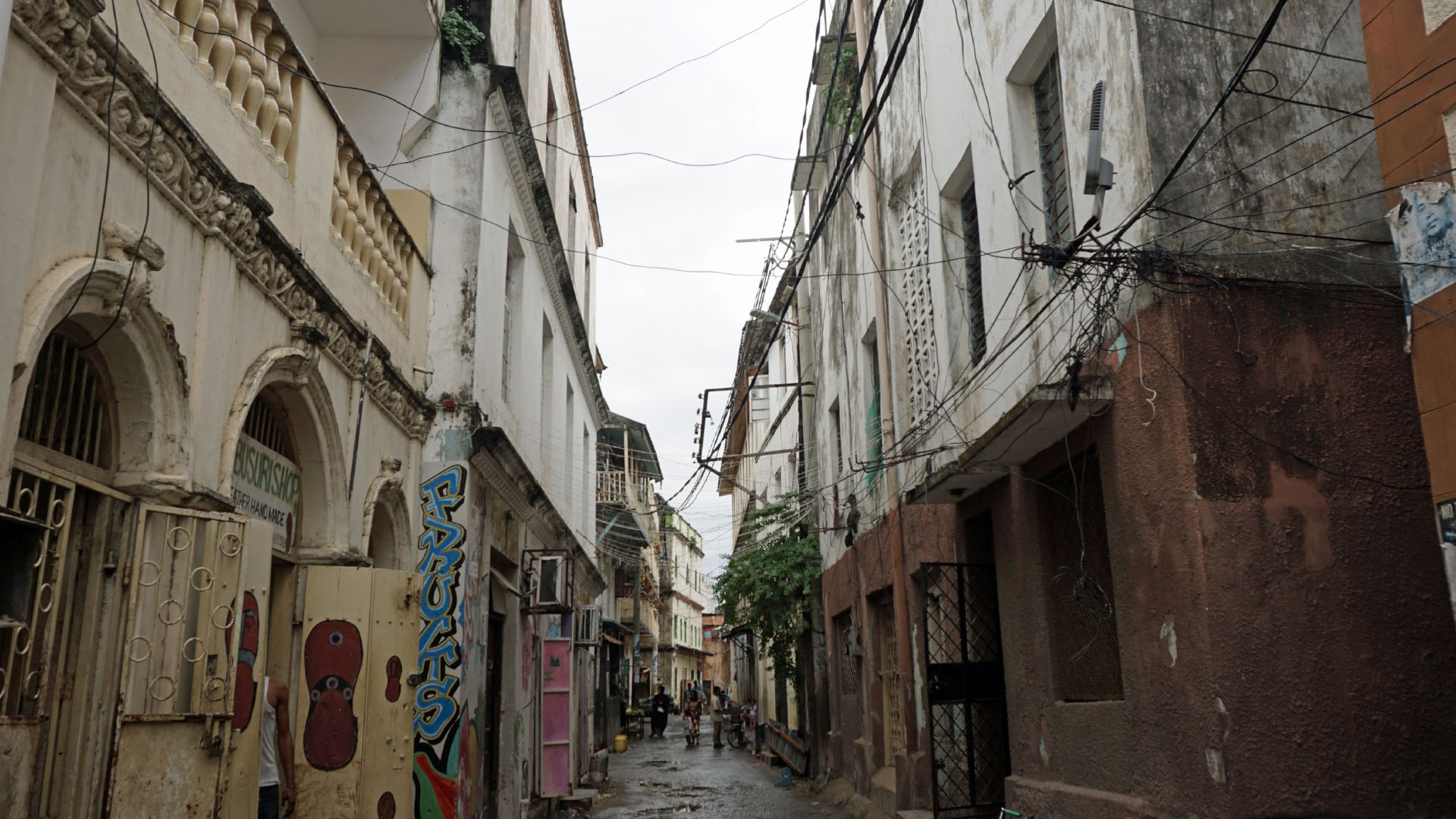 Arrested in the Church: Part 2

The police who had dragged Abdi out of church took him to his house first. More police and investigators arrived, and they combed his house while they held him at gunpoint.

Palpable disappointment grew as they failed to find a Quran or prayer rug or anything to link him to the al-Shabaab terrorist group. Later, Abdi would discover that this team was part of local retaliation for the recent Garissa University attack where 148 people were killed and 79 injured by the Somali offshoot of al-Qaeda.

The man behind him dug the barrel of the gun in between his shoulderblades. They angrily herded him back out to the police van

In a Crooked Court

Abdi’s name was shouted from the prison cell’s door. He sprang to his feet, knowing that if he didn’t immediately hurry to where the police waited, he’d be beaten.

“We’ve brought a Somali investigator to talk to you,” the officer said as he led Abdi to a private office.

Inside a man was waiting. “Sit.” He pointed to the ground at his feet. “Why did you tell them you’re not a Muslim?”

“Because I believe in Isa al-Masih.”

“There is no god but Allah, and Muhammed is his prophet. How do you not believe this? You’re Somali!”

Abdi shook his head. He would not convert to Islam, so the investigator began to beat him. Since no evidence had yet been found to condemn Abdi, he was informed that he would be taken to court to plea for his innocence.

Hopeful for the first time in days, he let officers lead him out to the police vehicles waiting to escort him to the courthouse. Five police cars sat at the curb, lights flashing. Abdi was led to the middle car, and then the convoy took off.

At the court, Abdi found himself shoved onto a bench with several other Somalis. Then a lawyer impatiently motioned for him to stand.

His name was read out, and the court lawyer launched into his spiel. “This is a dangerous al-Shabaab terrorist that the government has apprehended to protect the Kenyan people and to put an end to the Muslim threat.”

Abdi realized that the man was mostly speaking to the news cameras.

The Blessing of Food

Elsewhere in the city, a Christian missionary who’d gone to Abdi’s church was watching the news and was shocked to see his friend in court. As he listened to the list of accusations, his incredulity grew.

He grabbed the phone and began talking to other members of the church, trying to work out which prison Abdi was being held at.

They visited two prisons before finally finding the right one. However, the guards told them, “The terrorists are not allowed to have visitors.”

Inside, Abdi had been moved to a new cell, this time with another man who was Muslim. As his neighbor bowed and chanted the Asr Salat, the late afternoon prayer, Abdi closed his eyes and began to pray to God. The poor food in prison, along with the constant stress and frequent beatings, had made him very sick and weak.

Both he and his cellmate were startled when a guard opened the door. “Here.” He shoved a box toward Abdi. “There is some foreigner out there who says he knows you. He insisted I give this to you.”

Abdi opened the box then smiled at his cellmate. His cellmate, who would later receive Jesus as a result of Abdi’s testimony, remembered an old song he had heard: “If Jesus says yes, who can say no?” He said to Abdi, “I guess it’s true. You prayed to God, and the police couldn’t say no.”

The church hired a lawyer to investigate Abdi’s case and collect testimonies from everyone who knew him, particularly the missionary who had baptized him.

They contacted the UN, and Interpol police quickly became involved. Because the trial had been recorded and televised, they ironically had proof of how no real evidence had been presented against Abdi.

The general public, however, still thought he was “that terrorist from TV.”

He was taken to a safehouse, not allowed to return to his house or retrieve any of his belongings. Meanwhile the UN declared him to be an official refugee and started the laborious process of gaining him asylum in another country.

During that time, he began dwelling on Psalm 37: “Don’t worry about the wicked or envy those who do wrong…. Commit everything you do to the Lord. Trust him, and he will help you. He will make your innocence radiate like the dawn, and the justice of your cause will shine like the noonday sun.”

Church members and his missionary friend continued to visit him. One day he was introduced to Wade Copland, who was helping Somali refugees in rural Wisconsin through an organization called The Well International. Wade was visiting Abdi’s pastor, a Somali Christian, who introduced him and Abdi.

Before he had to leave, Wade gave Abdi his contact information, promising to pray and be another helping hand in any way he could.

Meanwhile, all Abdi could do was wait and check his UN asylum case. The status was the same as it had been over two years ago when he started. It read: processing.